Read about the research of the 2020 participants in our Undergraduate Complexity Research (UCR) program. 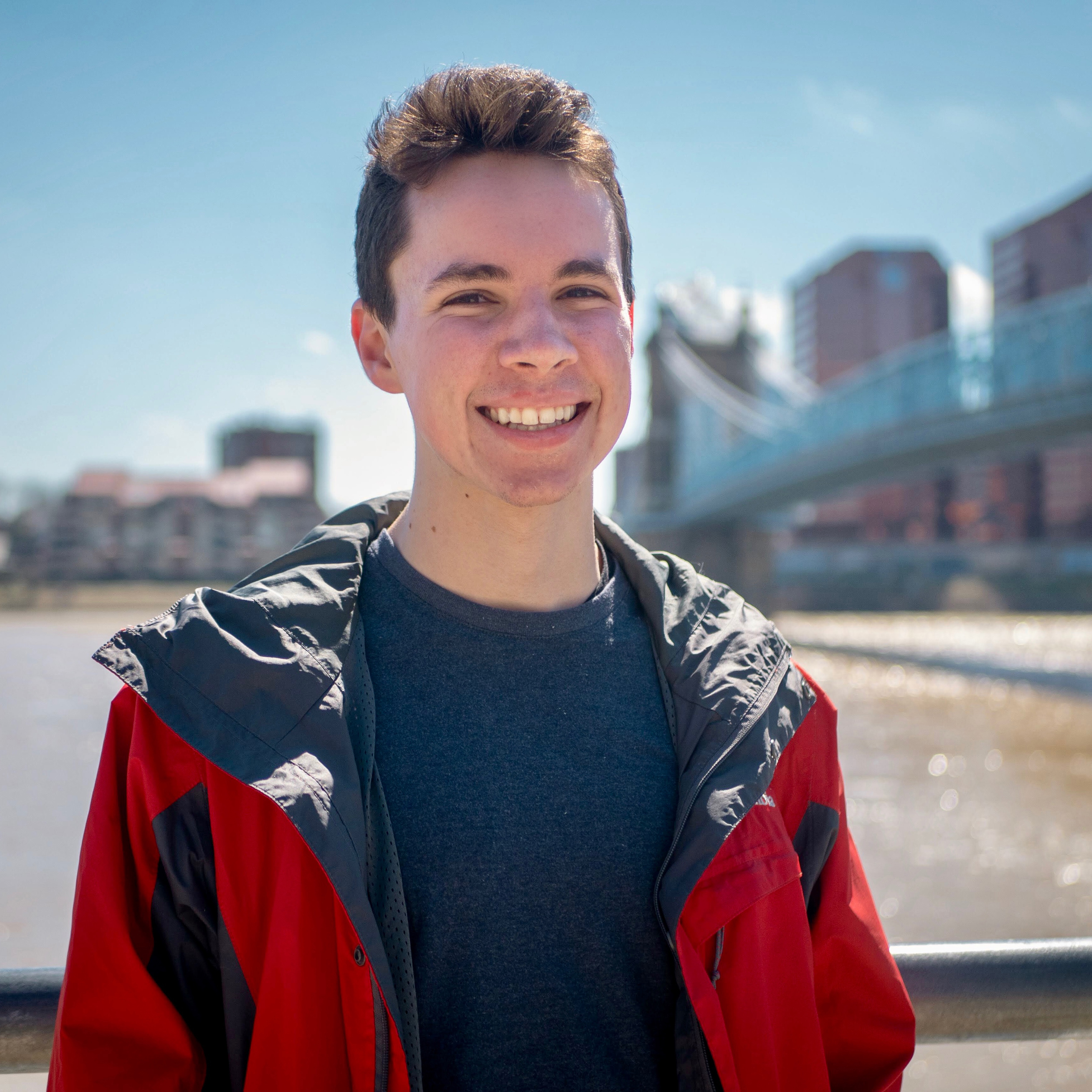 Spatial Structure in Autocatalytic Chemical Ecosystems at the Origins of Life

We consider life as a general process, distinguished by an ability to self-propagate and a capacity for open-ended evolution. How exactly self-propagation and adaptive evolvability can emerge in out-of- equilibrium chemical processes remains an open question. Autocatalytic cycles, whose constituent chemicals collectively catalyze their own continuous recreation, seem to have the potential to manifest both such properties and may play a substantial role in abiogenesis. Mathematical models of the dynamics of chemical reaction networks situated in well-mixed reactors, continuously diluted, and driven out of equilibrium by a constant flux of food chemicals demonstrate that distinct autocatalytic processes within those chemical reaction networks can act analogous to distinct species in biological ecosystems. Further, larger networks can exhibit long term dynamics that resemble succession and evolution. At the level of autocatalytic pre-life, “individuals” contain no spatial structure, or perhaps because there is no spatial structure there are no individuals. Nevertheless, spatial structure imposed by the environment might scaffold the emergence of individuality as well as permit a richer variety of selective pressures and more complex ecological dynamics. Past modeling has relied on mass-action kinetics so that concentrations are continuous, events are deterministic, and all spatial structure is abstracted away. Here, we introduce new models to stochastically simulate artificial, out-of-equilibrium chemical ecosystems in well-mixed flow reactors, reaction diffusion systems, and nested compartments. We find that spatial structure can reshape chemical ecological dynamics and that certain regimes of interaction with that spatial structure lead to higher levels of ecological complexity and autocatalytic process stability. This computational modeling approach may provide critical insights into the emergence of evolvable chemical systems prior to the emergence of genetics. 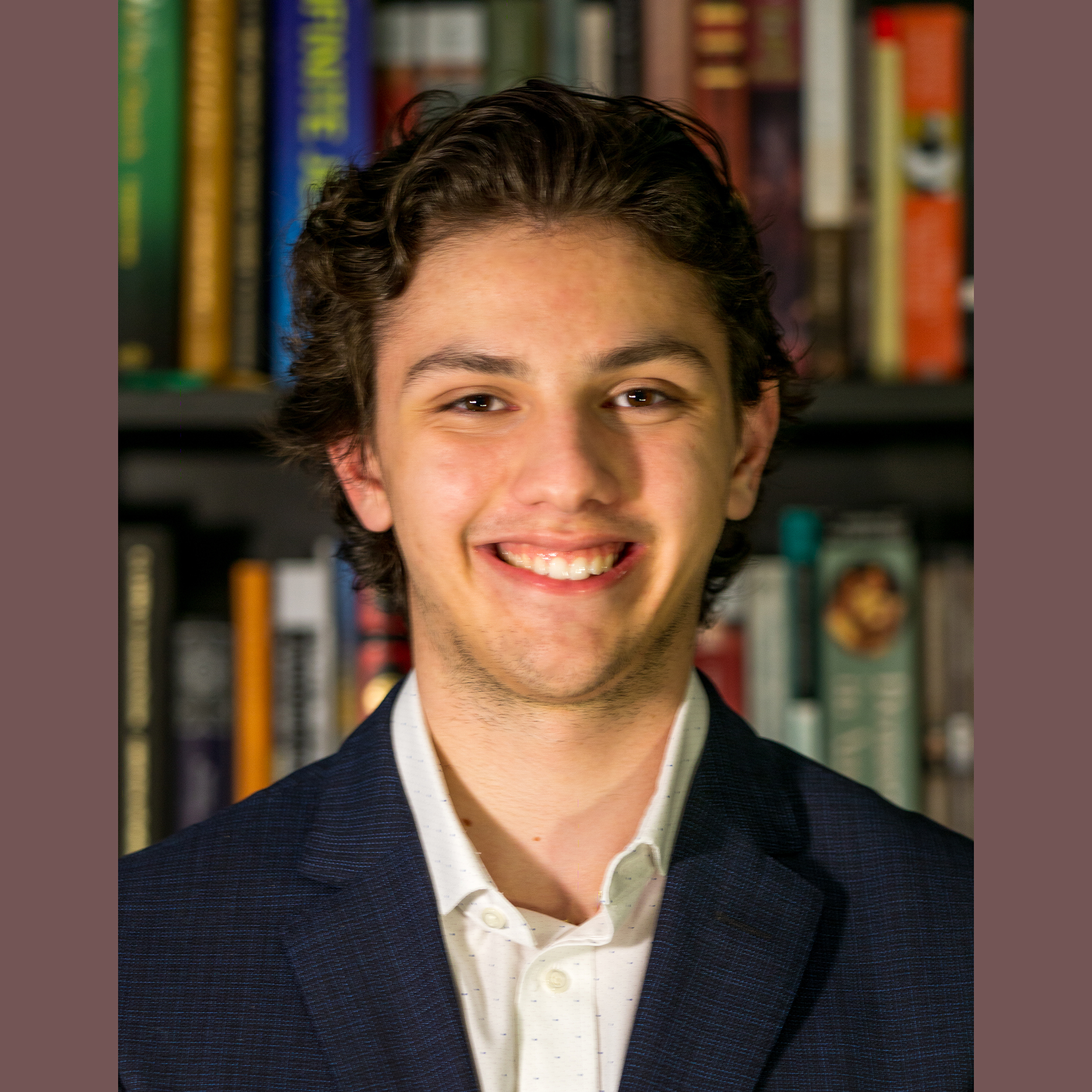 Large, complex networks have become increasingly utilized in a va- riety of ﬁelds, including computer science, biological sciences, sociology, and epidemiology. Infectious disease epidemics are a class of dynamics which have become of particular interest on networks where network topology can inﬂu- ence the spread of a contagion. However, the increased size and complexity of networks has incurred a computational cost for performing dynamics on such networks and a decreased intuitive understanding of the underlying net- work backbone. We explore the notion of epidemic sparsiﬁers which seek to reduce the number of edges in a network while simultaneously approximating the average epidemic dynamics. Focusing on SI and SIR contagion models, we utilize a spectral sparsiﬁcation algorithm running using effective resistance in c O(n log n) time to produce epidemic sparsiﬁers and draw parallels between the linear ﬂow conceptualization of a network and contagion processes. In order to test these epidemic sparsiﬁers, we conduct a range of experiments on two syn- thetic networks and on a real-world air transport network. We ﬁnd that epidemic sparsiﬁers can be utilized to great effect, removing about 50% of the edges in some instances while approximately preserving the same average SI dynamics through time. 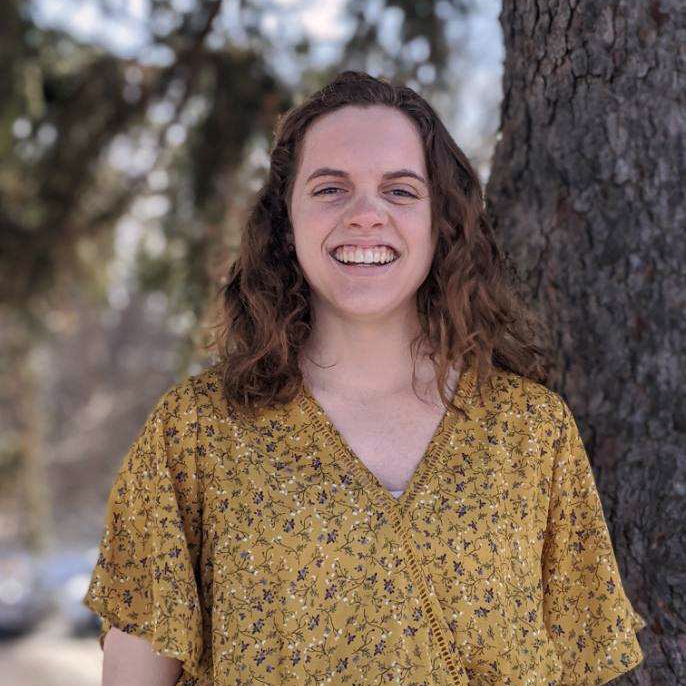 “Alien” and Other Metaphors: Confronting Illegal Immigration at the US/Mexico Border

The rhetoric used by United States newspapers to refer to migrants who illegally cross the US/Mexico border directly influences migrant perception by US citizens. Certain metaphors that describe illegal crossers, such as “alien,” box individuals into an identity associated with crime and undesirable behavior. While much research documents racism in the media, including the use of metaphors in The Los Angeles Times, discourse regarding illegal immigration has not yet been examined in locations differing in proximity to the US/Mexico border. Here we show that illegal immigration metaphor language is consistent across two media sources varying in distance from the US/Mexico border. We examined 1,012 articles from The New York Times and 4,135 articles from The Los Angeles Times discussing US/Mexico migration during the years 1985-1996, using word co-occurrence to identify metaphor language around words that regularly appear in illegal immigration discourse. The time frame captures language following new anti-immigration policies and increased militarization of the border from 1990-1996 as well as an increase in the undocumented populations of California and New York. Comparing the relative co- occurrence frequencies between the newspapers found variations only in the use of “alien” and metaphor language associated with crime. When comparing metaphor-associated words that portray migrants as objects, commodities, animals, or part of a natural phenomenon, differences in relative frequency were almost nonexistent. This research reveals consistent illegal immigration metaphor language use across two sources within one nation. This method can be applied to a wide range of majority and minority newspapers to investigate not only the spread of racism through metaphors but also the majority’s role in shaping minority identity. 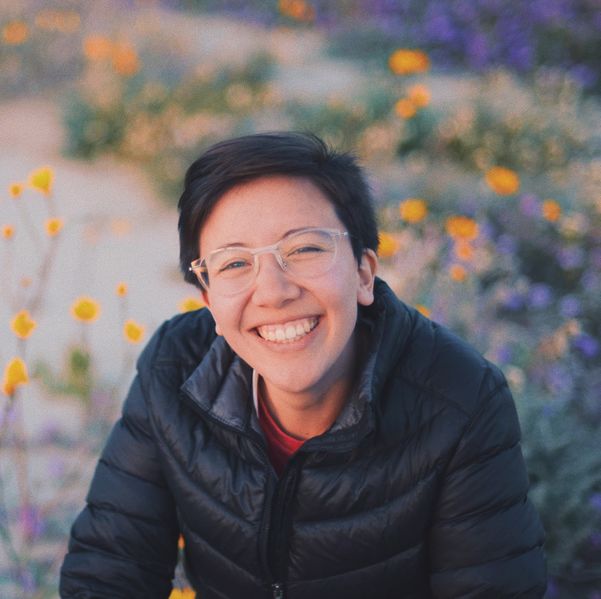 Global Climate Models are the primary tool available for understanding the long-term eﬀects of anthropogenic greenhouse gas emissions on the climate system; yet, their predictions are highly uncertain due to difficulties modeling clouds. Clouds have a significant impact on global energy balance, as they can reﬂect and absorb multiple kinds of radiation, but the complexity of cloud formation and evolution necessitate simulations capable of modeling particles at the scale of micrometers (10^-6 m) diameters to whole clouds at the scale of kilometers (10^3 m). Current resolution of GCMs falls between 50 and 100 kilometers, which means that clouds must be “parameterized,” or approximated using simple physical equations. Recently, deep learning techniques have been explored as an option for creating ﬁner-grained models of atmospheric processes while simultaneously reducing computational power requirements. Here we show the feasibility of using a Conditional Generative Adversarial Network (CGAN) to generate cloud reﬂectance scenes from an input vector of cloud types. While the CGAN ultimately generated a variety of realistic and non-realistic reﬂectance scenes, this method holds potential to serve as a computationally lightweight option for generating physically accurate cloud landscapes in GCMs. 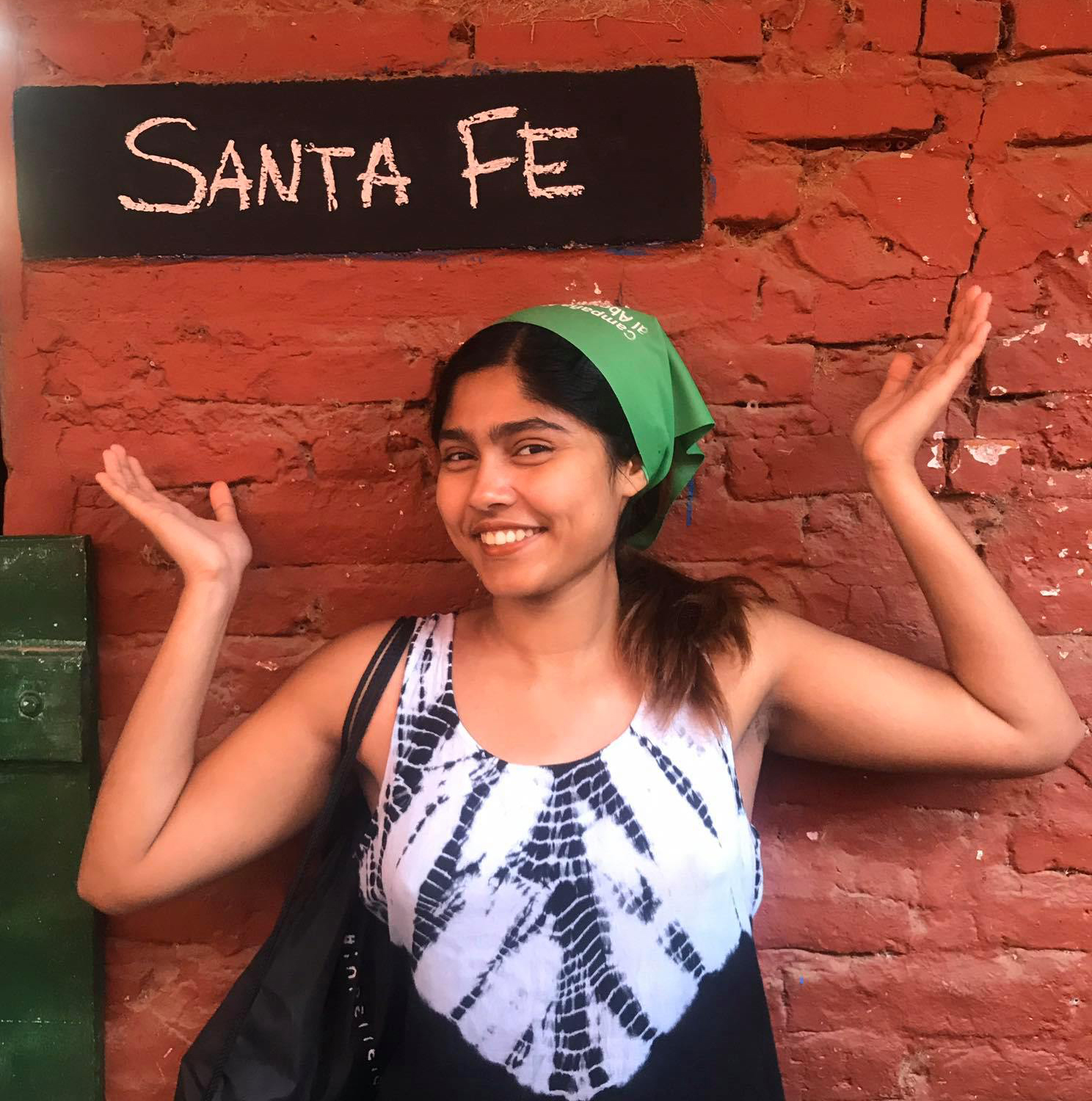 Members of both majority and minority groups use frames, or a “central organizing idea”  (Hart, 2016) to discuss immigration in order to further their own goals. However, previous studies  1 on discussion about immigration have focused on the framing  only by members of the majority  group (i.e. dominant, white citizens). Immigrants are spoken of in abstract terms (e.g. “hordes”,  “scores”) and having arrived from a single place, depersonalizing them and their complexity as  human beings. Conversely, minority discourse is not well studied, and to my knowledge, has never  before been studied with respect to immigration rhetoric.  The aim of this project is to investigate how minority groups use language to describe  immigrants given changing contexts and goals, and how such language compares between different  minority groups.   My inquiry is motivated by the following research goals:  a) How might immigration rhetoric in newspapers catering to minorities with an immigration  background compare to non-immigrant minority newspapers (such as Native Americans)?  b) What concepts co-occur with immigration rhetoric and how do they compare between the  different minority groups studied?  c) Is it possible to model solidarity between minority groups and immigrants, and how?  Through the above goals, my project will explore the opportunities and limitations of  exploring marginalized perspectives on immigration using computational tools. 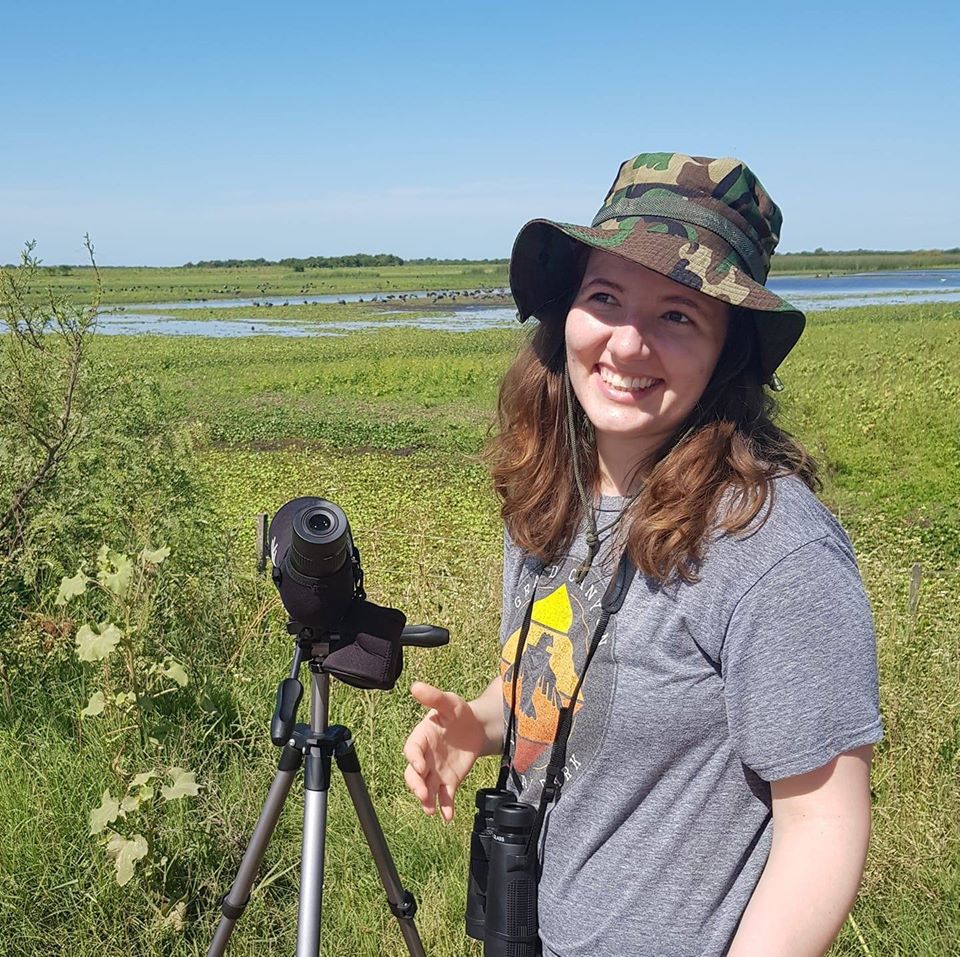 Trade-offs between reproduction, somatic expenses, growth, food storage, migration, and many more behaviors are fundamental to understanding organisms of all sizes and taxa. Understanding the evolution of the “choices” made between these trade-offs will allow us to gain further insights into the ecosystems of our world, to build predictive models, and even prescribe conservation policies In 2018, Yeakel, Kempes, and Redner introduced a population dynamic model using a state-structured approach taking the form of first-order differential equations (Yeakel et al., 2018). The approach yielded promising results in predicting Cope’s rule, Damuth’s law, and an evolutionary mechanism for foraging behavior. Initial integration of competition showed the advantages and disadvantages of higher or lower body fat. Yet, a variety of behaviors, from food storage to predation, to the coexistence of herbivores competing for the same resource, to island ecology, or more complex food webs have not been considered to date. Here we show an extension of the original nutritional state-structured model by increasing the trophic level to include a secondary predator. We find that there are analytical solutions to the predicted steady-state of the new system of equations, however, the system does not reach this steady-state experimentally. Predator size and presence has almost no effect on the predicted steady-state for other trophic levels. The observed relationship between predator density and prey density is not predicted to be a power law with exponent 0.74 as predicted previously but has an exponent of 0.99 instead. This suggests the model does not capture the workings of a three trophic level interaction yet and more adjustments are needed. In addition, we outline how accounting for differences in resource availability measured as net primary productivity and standing biomass can account for variation in data examined Yeakel et al. (2018). 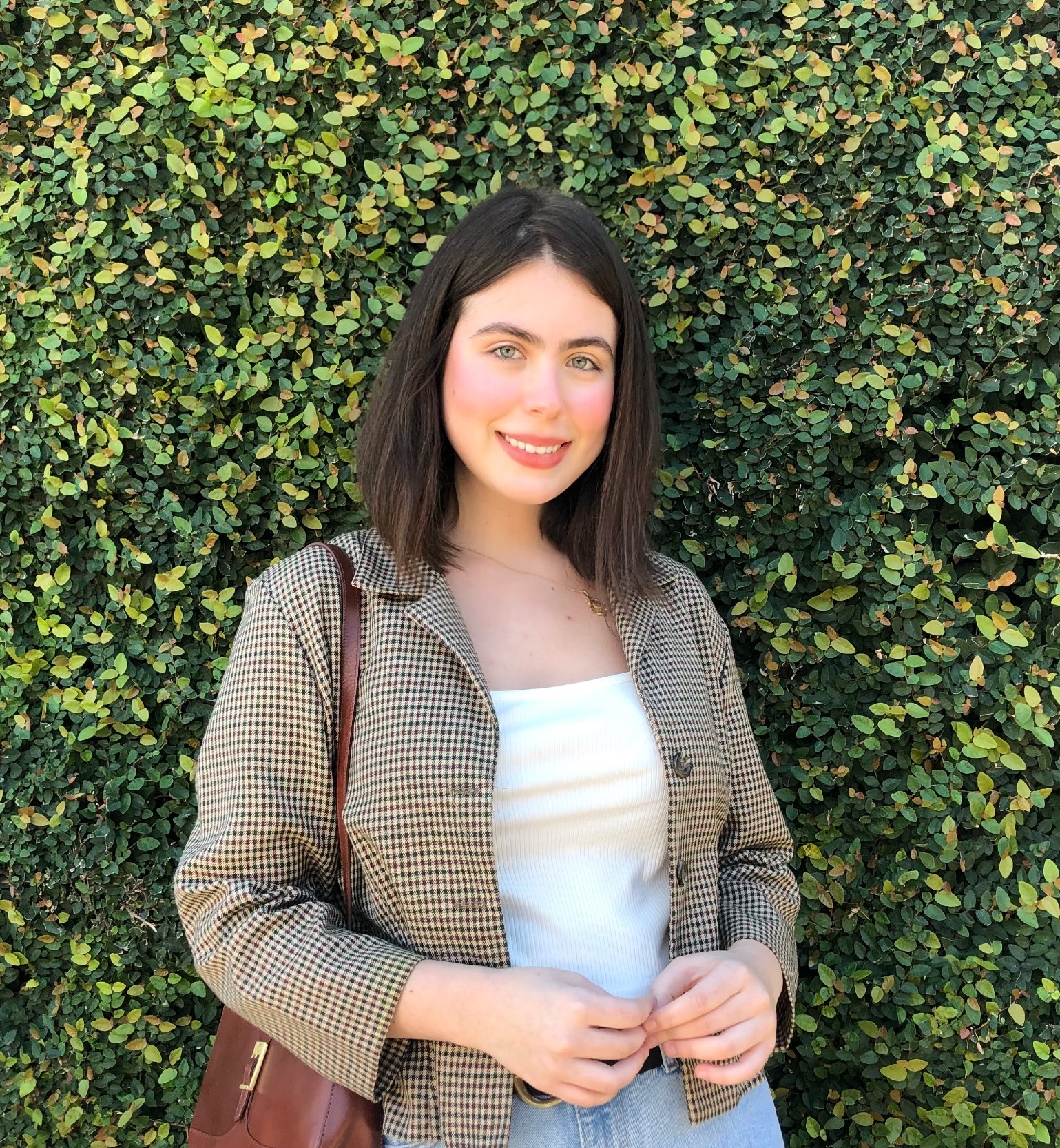 In the Western Desert of Australia, ﬁres have a dominant, structuring role in local ecology. Fires are principally of two types: seasonal lightning ﬁres and routine, cultural burns conducted by the Martu Aboriginal tribes of the region. These small scale Martu land-burns promote ecological diversity and prevent wildﬁres caused by lightning. Fire scars are the land markings left by both ﬁre types. Therefore, there is a pressing importance to understand the mapping of these scars for sustainable land management. To date, identiﬁcation of these scars has required a human “in-the-loop” system, which increases the cost of ecological studies and limits their geographical extent. The goal of this project is to identify ﬁre scars in Western Australian Desert satellite imagery using automated computer vision techniques. Regularly collected satellite imagery, such as from the Landsat program, allows for broader scale, time stamped identiﬁcation of ﬁre scar mapping. In order to automati- cally identify ﬁre scars within the satellite map space, we utilize state-of-the-art deep learning algorithms. Our convolutional neural network based segmentation architecture, U-Net, analyzes at a pixel value level. We trained this architecture using a data set of 2000 satellite image subsets along with their associated ground-truth ﬁre scar binary map. In testing our training algorithm, we were able to classify ﬁre scars at a .99 correct pixel classiﬁcation accuracy. With a successful segmentation algorithm trained, we can expand the potential grounds to explore the dynamics of human and environmental relationships, as well as enable new methods machine learning and computational models can validate indigenous sustainable land practices. 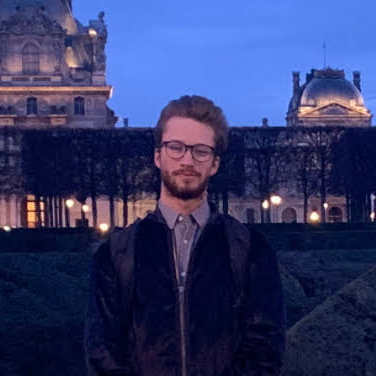 The Dynamics and Forms of Digital Narratives 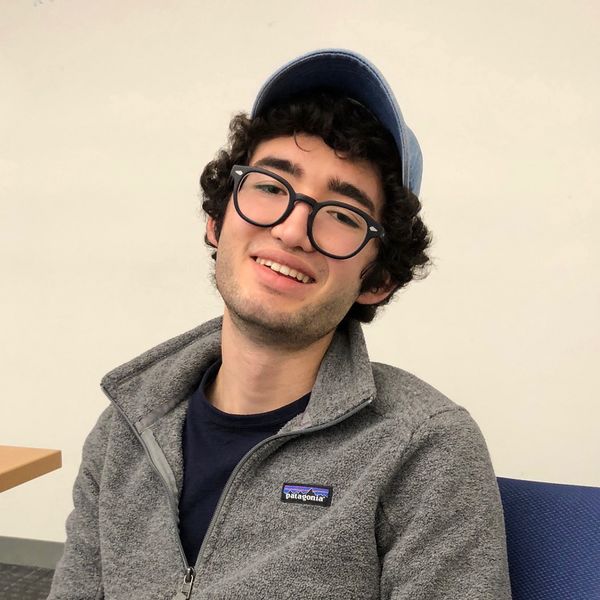 Individual Learning Rules in the Construction of Power Distribution

Biological and social systems form persistent aggregates capable of coherent behavior despite imperfect information and misaligned strategic interests at the component level. As part of my project, I want to investigate and extend a mechanistically motivated model developed by the Collective Computation group at SFI to understand how a well studied primate social system collectively constructs its distribution of power. The decision-making model consists of a system of stochastic diﬀerence equations that describe the process by which pairs of individuals learn about their relative ﬁghting ability through their ﬁght outcome history. When an individual crosses a threshold of certainty that it is likely to lose the ﬁght against an opponent, it decides to signal subordination. This decision constitutes an individual-level computation. The pairwise signalling dynamics can be used to deﬁne a network of signalling interactions of the group that forms the basis of the construction of power distribution. My motivation is to understand how the characteristics of individual level decision making combine to produce a functional macroscopic state like power hierarchies. In this particular work, I discuss how stable power distributions arise and use a model to understand how the individual decision strategies are learned over time. 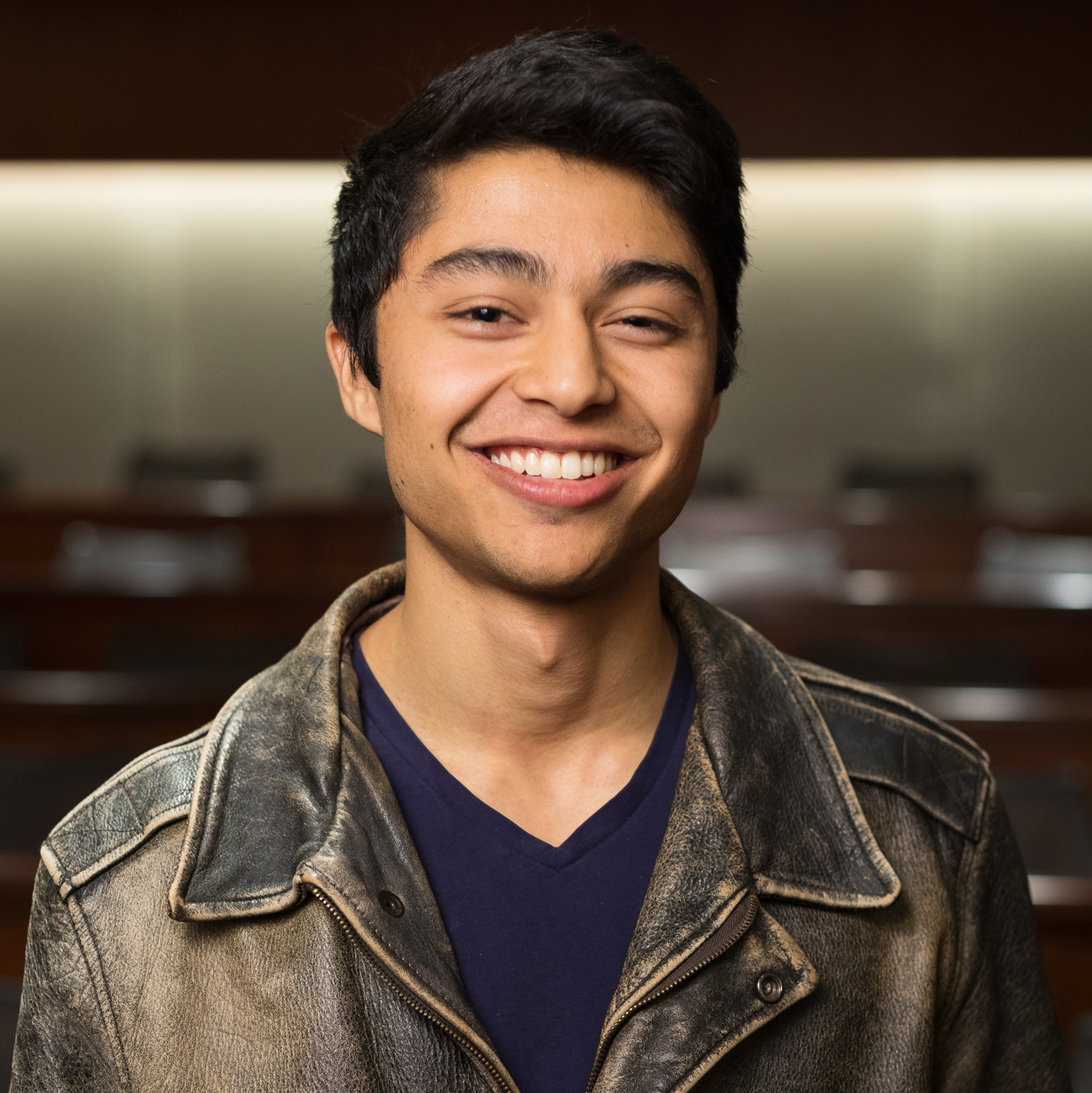