Nature is not homogenous. Most of the universe is complex and composed of various subsystems — self-contained systems within a larger whole. Microscopic cells and their surroundings, for example, can be divided into many different subsystems: the ribosome, the cell wall, and the intracellular medium surrounding the cell.

The Second Law of Thermodynamics tells us that the average entropy of a closed system in contact with a heat bath — roughly speaking, its “disorder”— always increases over time. Puddles never refreeze back into the compact shape of an ice cube and eggs never unbreak themselves. But the Second Law doesn’t say anything about what happens if the closed system is instead composed of interacting subsystems.

New research by SFI Professor David Wolpert published in the New Journal of Physics considers how a set of interacting subsystems affects the second law for that system.

“Many systems can be viewed as though they were subsystems. So what? Why actually analyze them as such, rather than as just one overall monolithic system, which we already have the results for,” Wolpert asks rhetorically.

Wolpert’s work builds off another of his recent papers which also investigated the thermodynamics of subsystems. In both cases, Wolpert uses graphical tools for describing interacting subsystems.

For example, the following figure shows the probabilistic connections between three subsystems — the ribosome, cell wall, and intracellular medium. 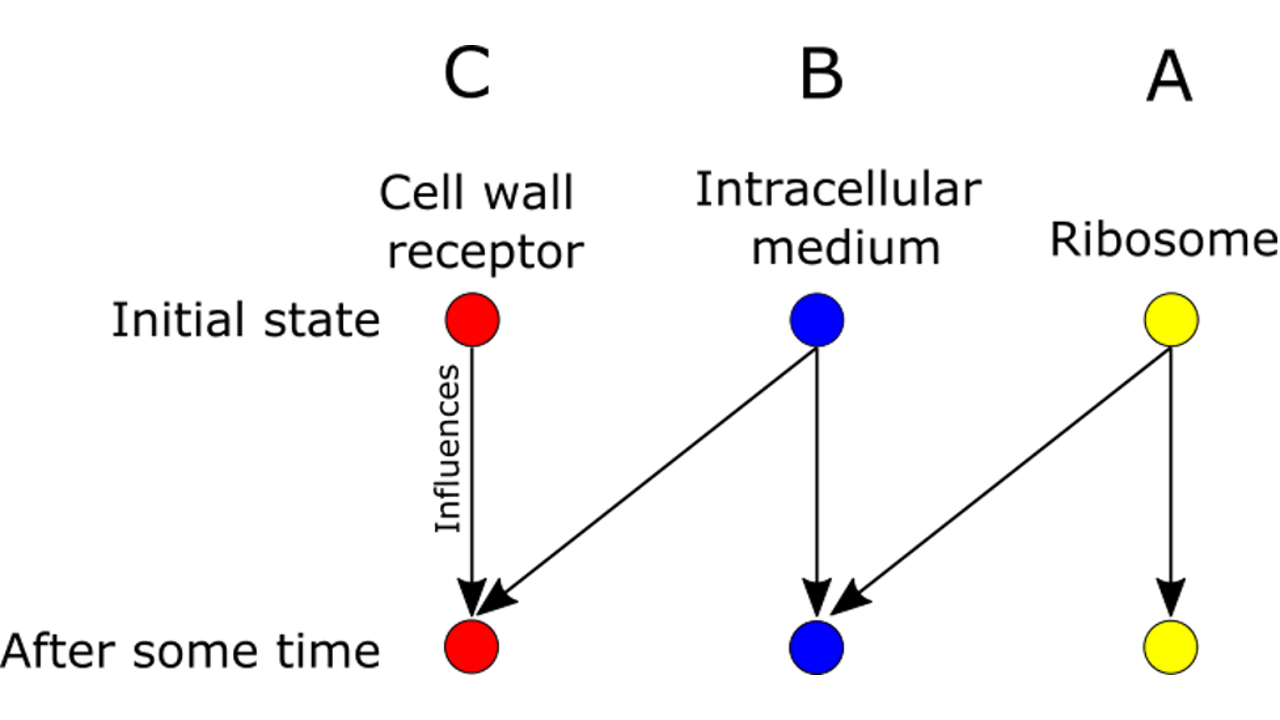 Why would such a subsystem network have consequences for entropy production?

“Those restrictions — in and of themselves — result in a strengthened version of the second law where you know that the entropy has to be growing faster than would be the case without those restrictions,” Wolpert says.

A must use B as an intermediary, so it is restricted from acting directly on C. That restriction is what leads to a higher floor on entropy production.

Plenty of questions remain. The current result doesn’t consider the strength of the connections between A, B, and C — only whether they exist. Nor does it tell us what happens when new subsystems with certain dependencies are added to the network. To answer these and more, Wolpert is working with collaborators around the world to investigate subsystems and entropy production. “These results are only preliminary,” he says.