These projects occupy an often ill-explored, liminal space between the traditional domains of academic theory and application. We are currently running two such projects; one on applied scale, and a second on cyberhate, social polarization, and counterspeech. Applied projects are led by SFI faculty, powered by SFI Applied Complexity Fellows and are supported by industry sponsors.

Over the last 15 years, SFI has enabled a significant research effort to understand scaling in human organizations. The broad background of this field can be found in West 2018. This line of socially-oriented research borrowed heavily from earlier explorations of allometric scaling’s generative mechanisms (see West et al. 1997 and West et al. 1999). Well-known allometric scaling results include the fact that all mammals have, on average, one billion heartbeats in a lifetime – despite the fact that mice live an average of two years and elephants live an average of 60 years. Another well-known result is that a species’ average metabolic rate scales along a ¾ power law relative to average mass – thus while the average elephant weighs about 10,000 times more than a rat, an elephant only needs to consume about 1000 times as many calories as a rat to survive. Complexity science has shown how these previously counterintuitive results can be derived from network properties. Other recent work in biological scaling has also shown how these relationships shift with the architecture of organisms, and from these results the minimum and maximum size of a particular architecture can be determined (see Kempes et al. 2012). Thus, not only can the theory determine the relative tradeoffs of organisms with different size, it can also determine the ultimate limits of a particular architecture.

After understanding the role networks played in generating these scaling phenomena in the biological context, a group of SFI affiliated researchers explored scaling phenomena in human organizations driven by social networks. The superlinear scaling results observed in cities are among the most well-known findings from this effort (see Bettencourt et al. 2007) – in the context of cities this superlinear scaling implies that if City A’s population is half that of City B, then City B should enjoy a 15% per capita increase over City A in GDP, innovation, crime, and disease. Although these power-law-based scaling models explain a surprisingly high amount of the variance observed in the data, there are significant deviations from the central tendency indicating over- and under-performance for particular cities.

Subsequent work has begun to explore the insights that could be gleaned by studying how cities deviate from the scaling predictions (see Bettencourt et al. 2010). However, this field is still developing. The plan for this project is to fully harness scaling phenomena to make predictive assessments of the performance of human organizations, and at the same time to uncover further mechanisms driving these scaling relationships.

The goal of this Applied Complexity Research Project is to use principled social science theory, machine learning, and natural language processing to develop tools and science that empower citizens to counter cyberhate. For more information on this project, please contact tracy@santafe.edu. 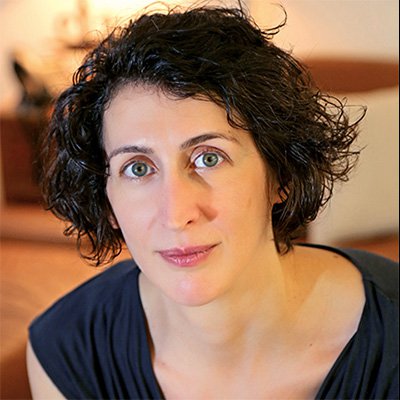 Mirta Galesic is a Professor and the Cowan Chair in Human Social Dynamics at the Santa Fe Institute, External Faculty at the Complexity Science Hub in Vienna,  Austria, and Associate Researcher at the Harding Center for Risk Literacy at the Max Planck Institute for Human Development in Berlin, Germany.

She studies how simple cognitive mechanisms interact with properties of the  external environment to produce seemingly complex social phenomena. In one line of research, she investigates how apparent cognitive biases in social judgments emerge as a product of the interplay of well-adapted minds and the statistical structure of social environments. In another, she studies how collective performance depend on the interaction of group decision strategies and network structures. A third line of research investigates opinion dynamics in real-world societies using cognitively-enriched models from statistical physics. And, she studies how people understand and cope with uncertainty and complexity inherent in many everyday decisions. 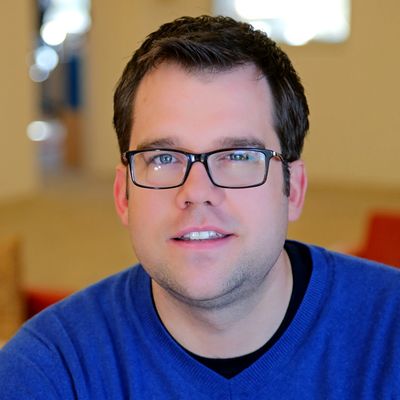 Chris Kempes is a professor at the Santa Fe Institute working at the intersection of physics, biology and the earth sciences. Using mathematical and computational techniques, he studies how simple theoretical principles inform a variety of phenomena ranging from major evolutionary life-history transitions, to the biogeography of plant traits, to the organization of bacterial communities. He is particularly interested in biological architecture as a mediator between physiology and the local environment.

Chris generally focuses his work on biological architecture — which may include phenomena ranging from explicit biological morphology to metabolic and genetic network structure — as an intermediate between organism physiology and environmental conditions. Mathematical and physical theories lie at the heart of his methodologies to predict how evolution has shaped architecture and how this, in turn, forms a foundation for reliable predictions of environmental response and interaction. His work spans the scales of genetic information architecture, to the morphology of microbial individuals and communities to the regional variation of plant traits and their feedback with climate and available resources. 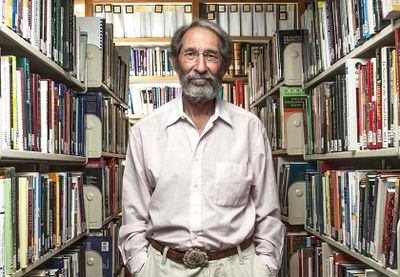 Geoffrey West is the Shannan Distinguished Professor and former President of the Santa Fe Institute and Associate Senior Fellow of Oxford University’s Green-Templeton College. His BA is from Cambridge and his PhD from Stanford, where he later returned to join the faculty. West is a theoretical physicist whose primary interests have been in fundamental questions ranging from the elementary particles and their cosmological implications to universal scaling laws in biology and a quantitative science of cities, companies and global sustainability. His work is motivated by the search for “simplicity underlying complexity.” His research includes metabolism, growth, aging and lifespan, sleep, cancer and ecosystems, the dynamics of cities and companies, rates of growth and innovation, and the accelerating pace of life.

Among his awards are the Mercer Prize from the Ecological Society of America, the Weldon Prize for Mathematical Biology, the Glenn Award for Aging Research and the Szilard Award from the American Physical Society. He has been featured in many publications world-wide including the New York Times, Financial Times, Wired, Time, The Economist, Nature and Science and participated in television productions including Nova, National Geographic and BBC. He is the author of the best-selling book Scale. His public service includes serving on the Council of the World Economic Forum. His work was selected as a breakthrough idea by the Harvard Business Review in 2006 and he was on Time magazine’s list of “100 Most Influential People in the World” in 2007. 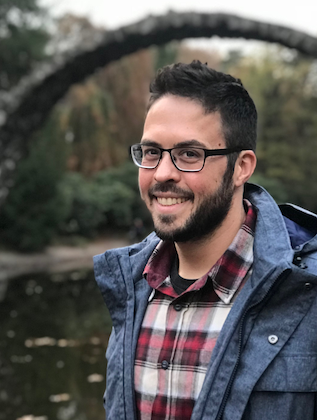 Joshua Garland received his Ph.D. from the University of Colorado, supervised by Elizabeth Bradley, introducing a new paradigm in delay-coordinate reconstruction theory. Prior to that, he earned an M.S. in Applied Mathematics also from the University of Colorado, constructing dynamical models of computer performance and a dual B.S. in Mathematics and Computer Science from Colorado Mesa University. Joshua also served as an SFI Omidyar Postdoctoral Fellow from 2016 to 2019.

In the study of complex adaptive systems, the available data often falls far short of the demands of the theory. Joshua’s work focuses on understanding how much information is present in the data, how to extract it, to understand it, and to use it—but not overuse it. Specifically, Joshua is working toward developing a parsimonious reconstruction theory for nonlinear dynamical systems. In addition, he aims to leverage information mechanics (e.g., production, storage and transmission) to gain insight into important yet imperfect systems, like the climate, traded financial markets and the human heart. Joshua’s hope is this combination of new mathematical theory, analysis, and application can eventually shed a little more light on universalities like emergence, regime shifts, and phase transitions. 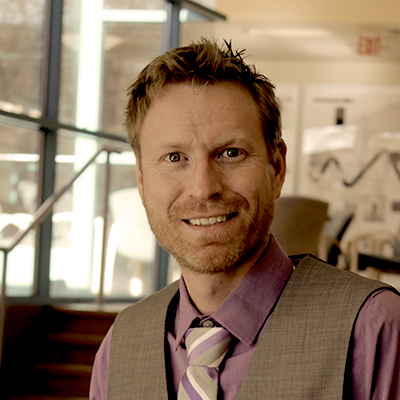 Mike Price earned his Ph.D. in Anthropology from Stanford University and was a Postdoctoral Researcher at Pennsylvania State University. Prior to that he earned a B.S. in Physics from Harvey Mudd College and has spent time working as an engineer at Raytheon Space and Airborne Systems. Mike also served as an SFI-ASU Postdoctoral Fellow from 2017 to 2019.

Mike is interested in economic decision making in the broadest sense. This includes both conventional economic decisions, such as what toothpaste to buy or whether to borrow money to purchase a house, and less conventional economic decisions, such as whether to hunt for monitor lizards or kangaroos as a forager in Australia’s Western Desert or whether to allocate scarce resources to current or future reproduction. He is currently exploring how evolutionary theory can be linked with economic theory to better understand human decision making. He hopes that this may lend insight into recent experimental work in behavioral economics that has uncovered systematic deviations between the predictions of standard economic models of rational choice and observed behavior.

Sponsorship of an Applied Complexity Project is a unique form of collaboration between industry and academia. We use three different mechanisms to help sponsors engage with the research and the ideas generated in the project.

First, each project has at least one Applied Scale Studios held at SFI each year. These meetings offer Applied Project Sponsors, and a unique opportunity to explore a range of applications with the SFI research team and other the project’s other sponsors. Second, the Applied Complexity Fellows are not just research postdocs working on the Applied Scale Project. They are also charged with keeping the sponsors up to date on the project, and helping to identify ideas from the project that can help the sponsors achieve their own research goals. The Fellows also serve as a conduit so each Applied Project’s research team can keep abreast of their sponsor’s near-adjacent projects. Third, researchers and executives from sponsoring organizations are invited to visit SFI to work in close proximity to the Applied Complexity Fellows.

In 2019 there will be two Applied Complexity Research Projects. They focus on (i) the application of scaling theory to human social organizations, and (ii) counterspeech strategies for combating online hate and social polarization. The scientific background of these projects, their lead faculty researchers, and the Applied Complexity Fellows is provided below.