The walls of SFI’s Miller and Cowan campuses are were recently adorned with an exhibition by acclaimed visual artist Greg Stimac.

Striving to convey the jolt of the new and the surprise of discovery, Stimac’s works push the observer into examining old objects and concepts with a fresh eye. Gas stations, fireworks, railway spikes, guns, maps, and truck tires are some of the seemingly prosaic symbols of American identity which Stimac presents from a new perspective. 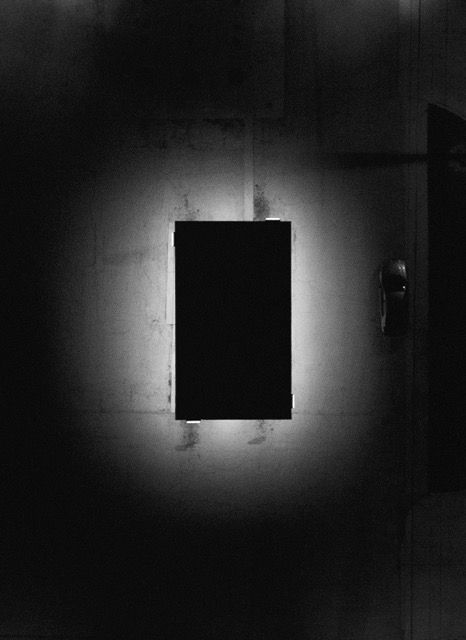 In 2011 Stimac photographed gas stations from above — a vantage point that makes them suddenly unfamiliar. The huge, brooding prints loom off the wall, well-known artifacts of a familiar ritual, but also monolithic reminders of past times, pumping gas and driving long distances. They give viewers a creative experience. 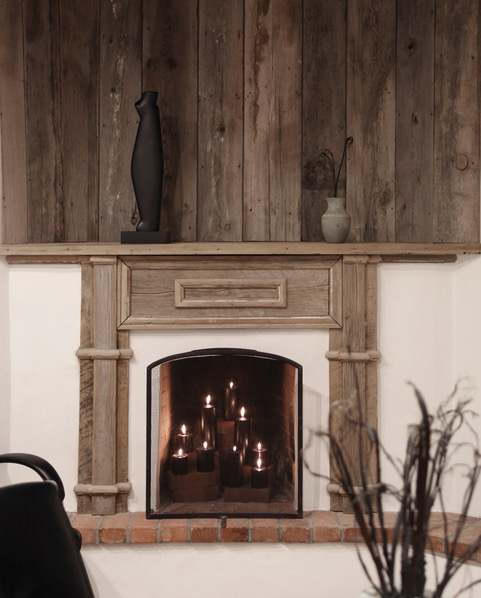 Stimac's black walnut rifle stocks can be viewed as beautiful objects in themselves. They resemble modern sculpture, then as viewers discover their real identity, they are jolted into understanding another perspective and an alternative way to approach a contentious object.

Stimac has also recently been collecting remnants of the destroyed truck tires that are so common on the highways and fixing them into cement bases mixed with dirt and gravel from the interstates. These twisted strands evoke a sense of travel but also the violent events that produced them.

In the same way, Stimac viewed the familiar 4th of July fireworks as some sort of chaotic battle. He filmed the pyrotechnics from a helicopter and drained their color, producing an eerie black and white video that is at the same time a silent record of a victory celebration and a reminder of the aerial attacks of the Iraq war, or indeed of most modern warfare. 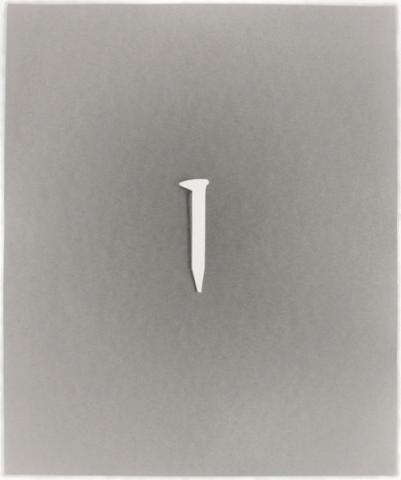 The Golden Spike was used to unite the Central Pacific and the Union Pacific railroads in 1869. Rather than photographing it head-on, Stimac made photograms of the spike, to create a ghost of the object, leaving its aura that offered an opportunity to contemplate the spike from another perspective. The piece demonstrates how eliminating the object altogether leaves a negative space that can say more about an object than the real thing. 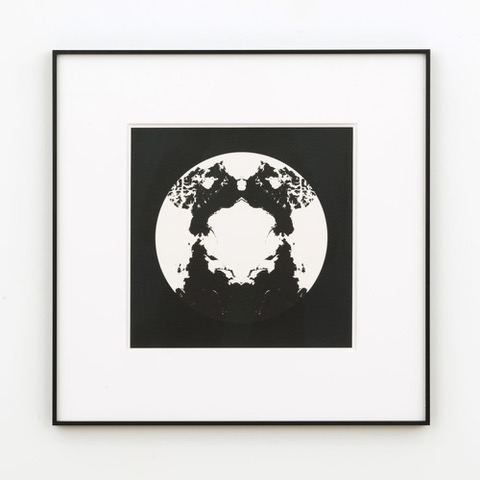 Is that a cat’s face? No, wait, it’s a map of Europe. Stimac's Rorschach maps also use negative space to turn mirrored maps into a creative viewing experience, where further study unlocks something deeper within the image.

According to one viewer, SFI volunteer Paul Stapleton, “We see them, and after seeing what Stimac has made of them, we think about what they represent. We see battle, struggle, beauty, in short…we see art.”

This exhibition, curated for the New Complexity Economics symposium came courtesy of the artist and of Document Gallery in Chicago, Il.