In 2019, the 2nd Annual InterPlanetary Festival (Codename: STARDUST) took place over three days in Santa Fe, NM's Railyard Park, and comprised of conversations punctuated by concerts, film screenings, keynote presentations, art performances, and live podcast recordings. During the Summer of Stardust, as the world observed the fiftieth anniversary of the momentous Apollo 11 Moon landing, the Festival celebrated human ingenuity and pondered what the next half-century might hold. Conversations centered on building other worlds — imaginatively in literature, experimentally in simulation and games, and literally in architectural design. Attendees and panelists wrestled with topics as wide-ranging as time, the future of cities, and the meaning of intelligence.

You can view all of the Main Stage Panels that took place at InterPlanetary 2019 below:

In addition to watching past panels, you can also purchase InterPlanetary Transmissions: Stardust, which is a compilation of transcripts of the Festival panel discussions, each paired with new introductions by contributors including physicist Sean Carroll, poet, artist, and curator Anaïs Duplan, and speculative-fiction writer Rebecca Roanhorse, commemorating the creativity and insight generated at this one-of-a-kind cosmic event. 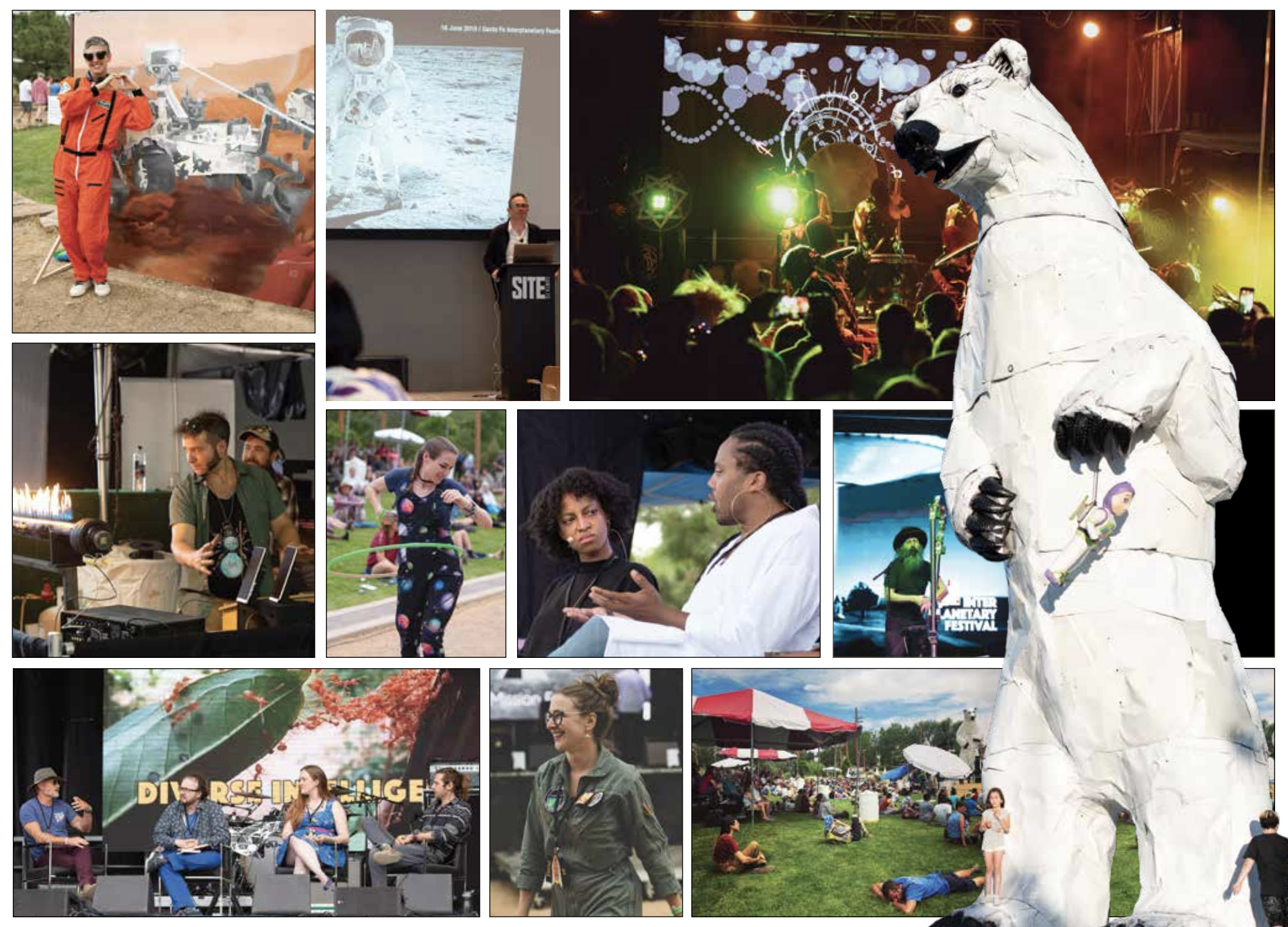 Foundations of Intelligence in Natural and Artificial Systems

Being Maya: Identity and Origin

Evolution of the Nation State